History of Eyewear: How Glasses, Sunglasses, and Goggles Came to Be

Bob Smith (right) developed the first sealed thermal lens and breathable vent foam goggles in 1965, revolutionizing performance eyewear and kicking off more than half a century of innovation at Smith Optics.

Believe it or not, eyewear—namely eyeglasses—have had a long history before Smith set out to develop a new kind of goggle.

The History of Eyeglasses

Vision aid devices were used as far back as the Ancient Greek era, and there is evidence that Roman emperor Nero used an emerald through which to watch gladiator games. Talk about a spectacle!

In the 10th century some societies used convex lenses to enlarge and magnify images. By the 12th century Europeans had developed “reading stones” to make out tiny script.

The Chinese, meanwhile, developed rudimentary versions of sunglasses using flat planes of smoky quartz to hide the eyes (and expressions) of trial judges.

The first true eyeglasses were made in Northern Italy around 1290. These early glasses consisted of two magnifying glasses riveted together to grip the nose and used to correct farsightedness.

In the 16th century concave lenses where created for nearsighted Pope Leo X.

Benjamin Franklin has famously been credited with inventing bifocals in the mid-18th century to correct for both nearsightedness and age-related farsightedness, though some sources attribute this innovation to English eyeglass makers.

In 1825 a British astronomer designed lenses that corrected for astigmatism’s blurriness.

The modern style of glasses with ear pieces was developed sometime around 1730 by an English optician.

About 20 years later frames were further refined with hinges to enable folding, though styles with handles remained fashionable into the early 19th century.

The History of Sunglasses

As early as the mid-18th century, eyeglass makers were experimenting with tinted lenses. Initially, the colors were intended to correct specific vision impairments—such as syphilis-induced light sensitivity.

Sunglasses then became hugely popular thanks to the influence of Hollywood stars, who wore sunglasses to shield their eyes from the bright lights of movie sets and camera flashes.

During World War II US Air Force pilots adopted the uniquely shaped Ray-Ban Aviator sunglasses, designed to provide eye protection (and “ban rays”) even when pilots needed to glance down to see their planes’ instrument panels. Ray-Bans gained popularity quickly when they began to be sold to the public in 1937.

As with eyeglass fashion, sunglasses style has changed and cycled in the nearly-100 years they’ve been widely available. 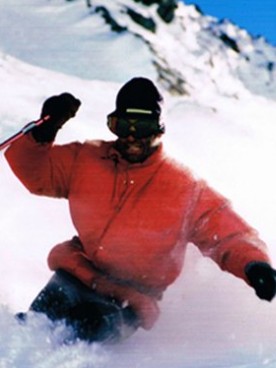 The History of Goggles

Goggles were first worn by drivers and pilots of the uncovered cars and planes of the early 1900’s to protect the eyes against dust, bugs, and wind. Most goggles are designed to protect the eyes from specific dangers of construction (flying debris such as metal, plastic, and concrete) or from sports injuries incurred playing racquetball or basketball, for instance.

The History of Interchangeable Lenses

The History of Tactical Eyewear

Tactical (ballistic) eyewear—glasses or goggles that protect against small projectiles and fragments—with impact-resistant polycarbonate lenses has been around since the early 1960’s. Protection from ballistic threats has improved with advances in technology and manufacturing.

SMITH ballistic lenses have protective abilities that surpass those of US Military standards (MilSpec).

For more than 50 years, SMITH has pioneered advanced eyewear, including innovative products such as sunglasses with interchangeable lenses and goggle/helmet integrations.

Optimized for the Active Lifestyle